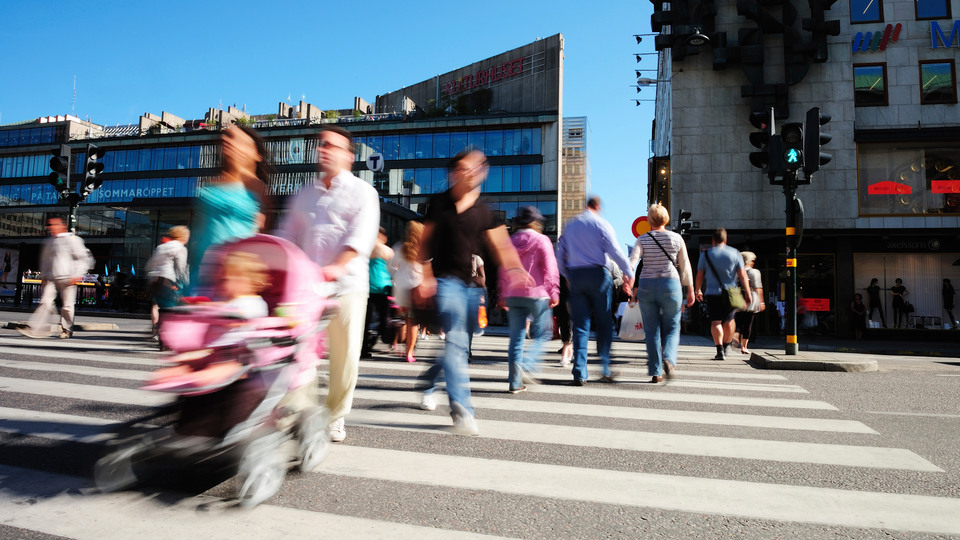 Air pollution is estimated to cause 6,700 premature deaths in Sweden each year

Air pollution concentrations in Swedish cities are among the lowest in Europe. Despite this, health impacts due to exposure to ambient air pollution is still an important issue and the concentration levels, especially of nitrogen dioxide (NO2) and particles (PM10 and PM2.5), occasionally exceed the air quality standards at street level in many urban areas.

– The exposure is highest for people who stay and live in central parts of the larger cities and generally higher in southern Sweden, says Malin Gustafsson, researcher at IVL Swedish Environmental Research Institute.

Air pollution can cause cardiovascular disease and respiratory problems and has both acute and long-term health effects. According to the report, the health effects of elevated levels of nitrogen dioxide and particulate matter (PM2.5) are estimated to cost society approximately SEK 168 billion each year. On days with high levels of air pollution, more people fall ill and seek care. Productivity losses from sickness absence alone can be estimated to cause socioeconomic costs of approximately 0.02 percent of GDP in Sweden.

– The small particles mainly come from sources down in Europe, for example from combustion and industrial emissions. An important source of locally generated particles is from internal combustion engines and road wear. The high levels of nitrogen dioxide are largely caused by emissions from local traffic, where diesel vehicles are a problem, says Malin Gustafsson.

In the previous study, which was based on 2015 data, the number of premature deaths was calculated at 7,600. That the new estimate regarding deaths is lower has several reasons.

– Exposure to nitrogen dioxide and particles has been estimated to decrease as levels were slightly lower in 2019 compared to 2015. At the same time, new research studies have shown effects on more and more types of health outcomes and that air pollution is harmful to health even at low levels, especially for particles from local sources. This makes it difficult to compare older analyzes with new calculations of air pollution's negative health effects, says Bertil Forsberg, professor of environmental medicine at Umeå University.

In this study population exposure to annual mean concentrations of NO2, PM10 and PM2.5 in ambient air has been quantified, and the health and associated economic consequences have been calculated based on these results. The study was conducted by IVL Swedish Environmental Research Institute and the Department of Public Health and Clinical Medicine at Umeå University, on behalf of the Swedish EPA, and is a recurring part of the national health-related environmental monitoring.