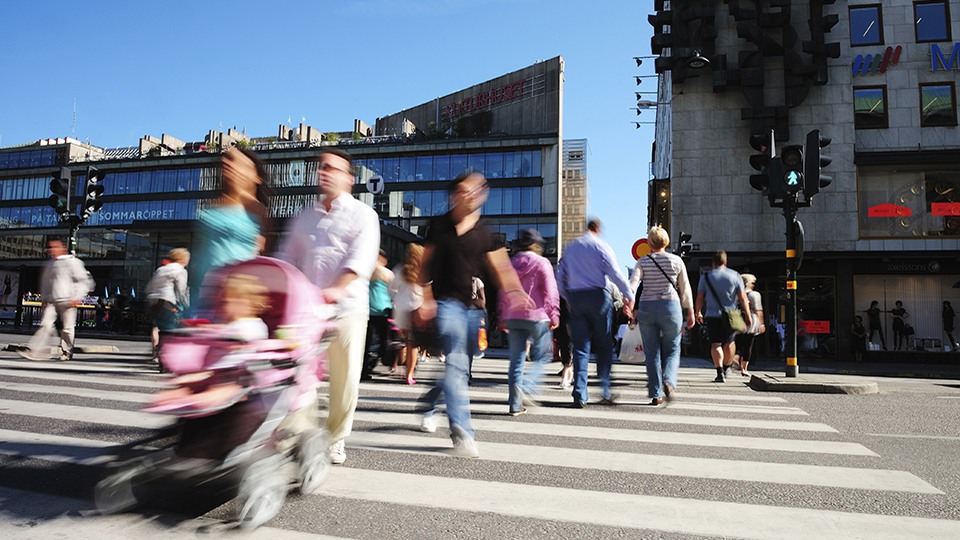 Universal basic income, also called citizen’s income, is often proposed as an integral component of alternative and sustainable economic systems. Together with researchers at KTH and Södertörn University, IVL Swedish Environmental Research Institute is investigating the viability of basic income in two scenarios developed within the Beyond GDP growth research programme.

In many countries there is an ongoing debate around basic income as part of a new welfare system in which all citizens are given basic financial security. In the typical form, basic income means that all citizens of a country receive a sum of money from the state, according to an “equal to all” principle.

"Unconditional guaranteed income would mean that unsustainable activities would not be justified solely as a way to create jobs but will also deliver the opportunity to participate in local and service-intensive activities," says Mikael Malmaeus at IVL, one of the researchers behind the study.

The two scenarios evaluated by the researchers differ radically, whereas one scenario is based on local and small-scale self-sufficiency, the other is characterized by large-scale automation and digitalisation.

"One of the conclusions arrived at by the study is that that fully implemented basic income seems to work best in an economy in which the supply of goods relies principally on technology and automation and where the need for human labour is relatively low. In this scenario basic income becomes the means for distributing financial resources and largely replaces income from wage labour."

In a self-sufficient society based on intensive labour, basic income cannot play the same role. Here, the physical efforts of individuals are more crucial to their livelihoods and basic income cannot be financed without imposing high taxes on labour.

The corona pandemic has brought basic income into sharper focus, as a way of securing livelihoods as more and more people lose their jobs. However, Mikael Malmaeus believes that current research does not tell us all that much about its efficacy.

"Not really. Basic income may solve acute problems that arise when people are deprived of income, but what we have come up with is more about strategies for a green transition. However, if rebuilding after the corona pandemic leads to an economic transition, our results could be useful in determining what role a basic income strategy can play under different scenarios."

Read the scientific article from the project