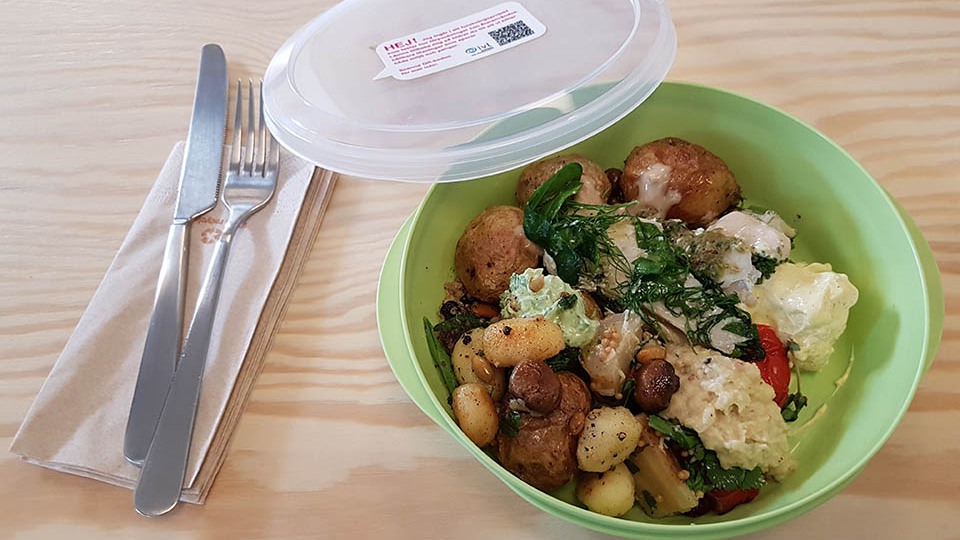 A return system for take away packaging is tested in Sweden

For the first time, a take-away packaging system will be tested in Sweden. Food boxes and coffee mugs can be handed in where they were previously purchased and then washed and reused. It should save both resources and reduce waste.

This is a research project where we will test a return system for mugs and boxes. What does it mean? Well, you as a guest choose to eat take-away in a reusable mug / box which, after you have returned it, is washed and used again. Using the mug / box many times reduces the use of disposable items. This is the right thing to do because every time something is produced it will have a certain environmental impact, and if you can avoid that environmental impact by not having to produce something then you have done well for the environment. From a take-away perspective, it is also good that we reduce the risk of littering.

Tested in cafes and restaurants

We are testing this now at a number of cafés and restaurants during 2020. During the year we will gather input from both guests and staff about how they experience the system, what works and does not work.

We are happy to hear your opinions.

You can test boxes / mugs here:

DOWNLOAD THE LOOP-IT APP TO USE THE RESOURCE SYSTEM

The project is founded by Vinnova

, and is carried out in collaboration with Antrop

. The application is developed by loop-it,

and we have several other partners in the project (mentioned below).

The project has a reference group consisting of: a43coffe Duni Group

If you are interested in participating, get in touch with Annelise De Jong.

Why is it an important project?

The trend of take away packaging is increasing, not only in Sweden but throughout the world. A transition from disposable products to reusable ones would reduce resource consumption, both by reducing the amount of waste but primarily by producing fewer mugs and boxes. Another aspect is that littering would be reduced. Disposable items are estimated to account for as much as 43 percent of the EU's litter.

Many take away packages are used more as a way of transporting food and drinks to the workplace where they are consumed. A previous study conducted by IVL shows that both restaurants and cafés and their guests are in favor of a return system on take away packaging.

Frequently asked questions about the project

Why are the boxes and cups in plastic? How environmentally friendly are reusable alternatives compared to disposable packages? You can find the answers to these questions and other questions by clicking the button below.

FAQ and their answers