The Saltsjöbaden workshops are directed towards policymakers, scientists, and other stakeholders supporting international air pollution awareness and control.

Announcement of the 7th Saltsjöbaden Workshop

Over the years, the previous Saltsjöbaden workshops have formed a forum for informal discussions on current air pollution issues, and the outcomes from these have contributed to setting the agenda for the future.

The workshop is directed towards policymakers, scientists, and other stakeholders supporting air pollution awareness and control on an international scale. The earlier workshops have formed a forum for informal discussions on actual air pollution problems and the outcomes have contributed to setting the agendas for the future.

The upcoming workshop will consider air pollution issues in relation to international conventions and other initiatives, such as the Convention on Long-range Transboundary Air Pollution (CLRTAP), the EU legislation on Air Pollution, the Climate and Clean Air Coalition (CCAC), the Arctic Council, regional air pollution agreements and initiatives outside Europe, the Stockholm Convention, and the Minamata Convention.

The workshop will be organised as part of the official meeting program of the Swedish Presidency of the European Council during the first half of 2023.

Air pollution (management) in a world under pressure

The world is under pressure. Recent time has shown increased threats to nature, health and welfare, and the entire society. Climate change, the Covid 19 pandemic and the wars in Ukraine and other parts of the world are examples of high concern threats. Air pollution should also be added.

With more than 7 million premature deaths annually and far more people suffering of bad air quality, air pollution should be ranked as global threat. In addition, the numbers of affected people are increasing and the assumption of safe levels of air pollution is less and less credible.

There are also risks for drawbacks on already achieved improvements. Important initiatives to improve the air pollution situations around the world are however under way.

The World Health Organization published in September 2021 new and stricter guidelines on air quality. A review of the CLRTAP Gothenburg protocol is expected to be finalised in 2022. UNEP recently published its report on the global status on air pollution highlighting the needs for common actions. Initiatives are also taken to control methane emissions. Finally, the linkages between climate change and biodiversity with air pollution are receiving increased attention opening for synergies in control strategies.

These and other topics will be brought up at the workshop.

About the Saltsjöbaden workshop

An issue of increasing concern is the hemispheric scale of air pollution and transport of pollutants into areas not normally considered under the Convention, in particular the Arctic.

On this topic, several initiatives are taken by international organisations such as AMAP, CLRTAP and CCAC. The ratification and implementation of the CLRTAP Protocols in the EECCA countries are issues that have been on the agenda for the last 10-15 years but still needs further consideration.

Read more about the workshop
Venue and hotel reservations

Prior to the main workshop we would also like to invite junior professionals to an Early Career Workshop. This exercise will start with a lecture on the afternoon the 12th of March, followed by a group exercise in the form of a negotiation game on the 13th of March. 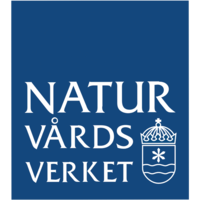