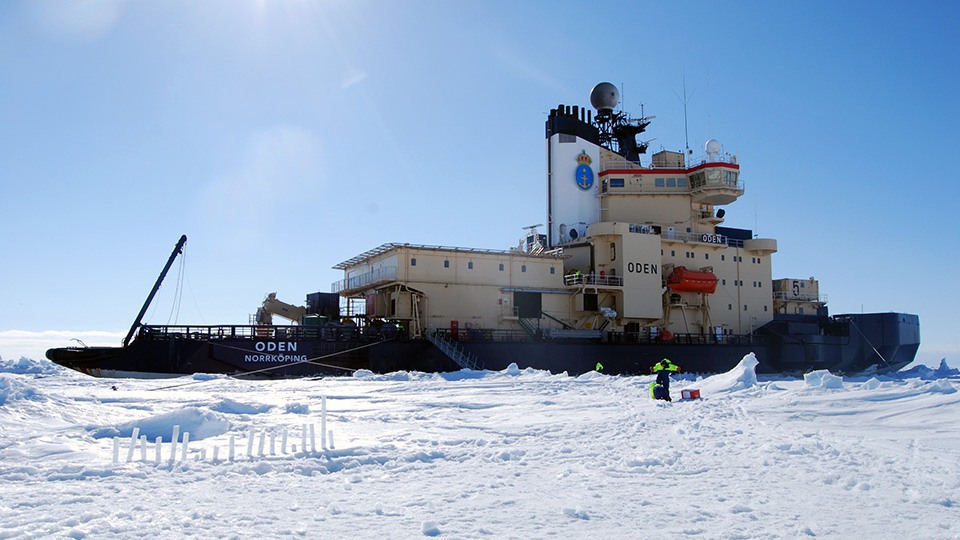 The 2015 Sulphur Directive, which limits sulphur dioxide emissions from ships in the Baltic and North Seas, has more than halved the levels of sulphur dioxide in the area. Recent research from IVL, Linnaeus University and Lund University shows that ships that run on cleaner marine fuel also have better air onboard.

– The indoor environment onboard a ship is a special case because the crew both works and lives on the ship, sometimes for many months at a stretch. A good indoor environment is essential for the health and well-being of crew members, says Sarka Langer, researcher at IVL Swedish Environmental Research Institute.

The study was conducted onboard the Oden icebreaker under two summer trips to and around Svalbard. During the first voyage, the ship ran on so-called heavy oil with 1 per cent sulphur, during the second voyage it ran on marine diesel with a 0.1 percent sulphur content. The researchers measured pollution levels in engine rooms, separator rooms, bridges, cabins, messes, galleys, machine control rooms, as well as on deck and elsewhere.

Analysis of all measurement data shows a very clear difference in the indoor environment when the ship ran on the cleaner marine diesel compared to when it ran on heavy oil.

The study underscores the need to investigate the effects of newer marine fuels and their chemical composition with regard to toxic and carcinogenic substances from a system perspective, including the effects on the working environment and the safety of mariners.

Researchers at Linnaeus University and IVL are now working on a similar project funded by the Swedish Seamen´s Foundation that will investigate how the working environment and safety is impacted by the choice of marine fuels.