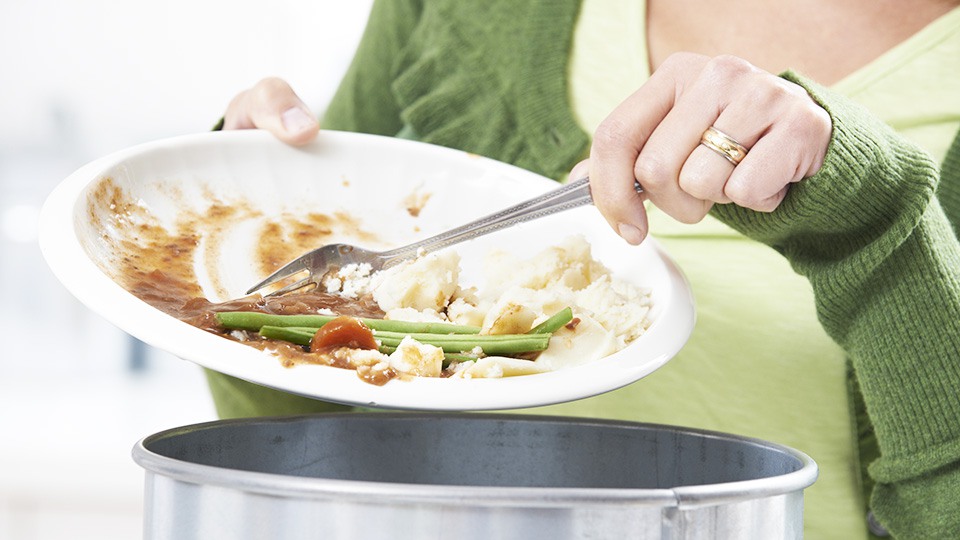 A single year’s foodwaste would fill the Globe stadium four times over. And most of this foodwaste comes from households – three Globe stadiums packed to the roof. This fact was pointed out in the Foodwaste Sweden 2018 report that IVL collaborated in and produced on behalf of the Swedish Environmental Protection Agency.

On average, in 2018 Swedes discarded 133 kilograms of food waste per person. Around the nation, more than 1.3 million tonnes of food waste were generated, about 4 per cent more than in 2016. The difference is mainly due to a new calculation method which reveals that grocery stores throw away more food than previously estimated. By comparison, households generate most food waste, 70 per cent. Grocery stores and agriculture that come in second and third places are well behind with 8 and 7 per cent respectively. Industrial kitchens, restaurants and the food industry account for even less.

Much of this food waste could have been eaten

"Some food waste cannot be avoided, e.g., shells, coffee grounds and animal or fish bones. But almost half of what households throw away is foodwaste, leftovers such as shrivelled fruit and mouldy bread. This is food that could have been consumed if things had been better managed," says Tova Andersson, project manager at IVL Swedish Environmental Research Institute.

According to the report, every year 13 kilos foodwaste end up in rubbish bags or on the compost heap and as much as 26 kilo per person is poured down the drain.

"A third of the world's food is discarded and as the report shows, Sweden is a major culprit in this regard. To tackle this problem, we must first determine what we toss and why. Collaboration across the entire food chain is needed to bring about positive change," says Tova Andersson.

Foodstuffs impact the climate and environment

Food production and consumption has a major impact on the climate and environment. About 20-25 per cent of Sweden's total climate impact can be traced back to the food industry. The sector is also one of the most water-intensive and is responsible for about half of the eutrophication taking place in our waters.

Different foods have varying environmental impacts. The impacts of meat and dairy products are higher than those of fruits and vegetables. The effects are also usually higher for food products coming from outside Sweden.

The report Foodwaste in Sweden 2018 – causes and treatment